If you are in the market for a blender, my comparison of the Vitamix 5300 vs 780 may be of some use to you.

As far as I am concerned Vitamix is serious about their blenders, they offer a seven-year warranty so whether you choose a 5300 or 780 you would be making a good choice!

So let us have a look at what distinguishes the two blenders:

What has impressed me with Vitamix, apart from great performance, is the amazing recipes and convenience.

My other half and oldest son both have a tendency to dip into the sugar bowl and avoid anything green or fruity (unless it comes in a sweet wrapper).

Investing in a blender has certainly increased my ability to get the two of them to eat healthier. I no longer have to try to disguise the veggies in our meals; I can now speak openly about the wonderfully delicious and healthy ingredients.

So let us have a look at what both these blenders have to offer:

The Vitamix 5300 seems to be viewed as an update of the 5200 model. The major improvements are:

Apart from the pulse feature, the 5300 also has a variable speed control with 10 settings. These speed settings along with the pulse option enable one to vary textures, depending on what is being prepared, or ensure silky smoothness for things like smoothies.

All this blending is supported by a high performance motor with an actual output of 1.85 running horsepower.

Whilst the motor is 2.2 horsepower you have to take into account the volts and amps to arrive at the running power.

The impressive blades are 4 inches in diameter and made from hardened stainless steel. They are designed for cutting through tough ingredients.

Cleaning of the 5300 is very simple. All that is required is to run the blender (according to the instructions) with some water and soap.

The lid and tamper are rinsed under running water and dried. The 5300 comes in black or red.

The 780 is a stylish looking blender with a LED touch screen. The LED screen is made from hardened glass, designed to resist general scuffs and scratches.

It is a clever concept, as the touch screen is not activated by splatters or spills. If something bumps up against the screen and consistently applies pressure the blender will inform you with some flashing lights on the screen.

For some a touch screen is preferred because it is modern and the look is appealing however, for someone like my Mom who suffers with severe arthritis a touch screen makes all the difference!

In addition to the pulse feature and the 10 variable speeds the 780 also has five pre-programmed settings.

The five settings mean that you can prepare soups, frozen desserts, puree, smoothies and cleaning all at the touch of a button and without the need to supervise, I have my fair share of supervising the kiddies so a little break in the kitchen is awesome.

The 780 has 2.2 horsepower with the added advantage of peak performance. Peak performance means that when you start the blending process the blender reacts with a burst of maximum horsepower before dropping off to its running horsepower.

The running horsepower of the 780 is 1.93. Peak performance is designed to get the blending process off to a smooth start, regardless of how tough the ingredients.

In common with the 5300 is the 64-ounce low profile container, the very serious 4-inch blades and the two color options of black or red.

The difference on the controls comes down to the LED touch screen on the 780 and the manual dials on the 5300.

The touch screen on the 780 is made from hardened glass and looks fancy. If you have a modern kitchen then the 780 would definitely be a good fit.

Apart from that, the touch screen may be useful for individuals with physical challenges such as arthritis.

If you are someone who feels intimidated by flashing lights, especially if something goes wrong, than you may want to consider the 5300 as a better option than the 780.

The 5300 may not be fancy looking but it is certainly a neat unit and for most turning a dial does not pose a challenge.

A great feature, which certainly reins superior, is the five pre-programmed settings of the 780.

Being able to place all the required ingredients into the container and then lock it into place on the base before selecting a function with one touch and walking away, could you really ask for much more.

Oh well yes you can as this smart blender is also able to clean itself. All that is required is a little help to pour in some water and soap and press a button.

Yes, the lid and tamper will require a rinse in the sink but this may be done at the same time as the blender cleans itself so certainly an additional time saver.

Both blenders are advertised as 2.2 horsepower. The 780 has a peak performance motor, which means it actually operates at its maximum horsepower on start-up.

This is a brief occurrence to aid the blending process and get things off to a good start. The blender then reduces to its running horsepower of 1.93.

The running horsepower of the 5300 is 1.85, which is more than sufficient for a blender of this size.
If power is important to you than the 780 comes out tops.

The difference is small but if you have to deal with limited space, a little may be the determining factor between storing your blender in the cupboard or displaying it on your counter top.

In my experience, equipment packed into a cupboard gets used far less frequently then those, which are ready for operation on the counter top.

It is no surprise that the 780 is the more expensive of the two blenders. With a peak performance motor, five pre-programmed settings for convenience and a fancy LED touch screen the additional cost is justifiable.

Another small bonus with the 780 is that it comes with a cookbook. The 5300 comes with a guide for getting started.

So let us break it down:

No need to guess then that the 780 is my winner!

At the end of the day, personal preference is very important and you may prefer the look of the 5300.

It is only just behind in power output and whilst you may not have the convenience of leaving your blender unsupervised, it is capable of producing all the same dishes and drinks for a lower price.

Quality counts so whether you decide on the 5300 or 780 I am sure you will be happy with your Vitamix. 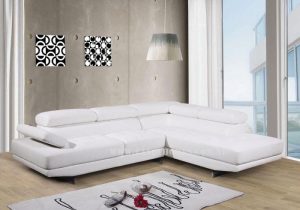